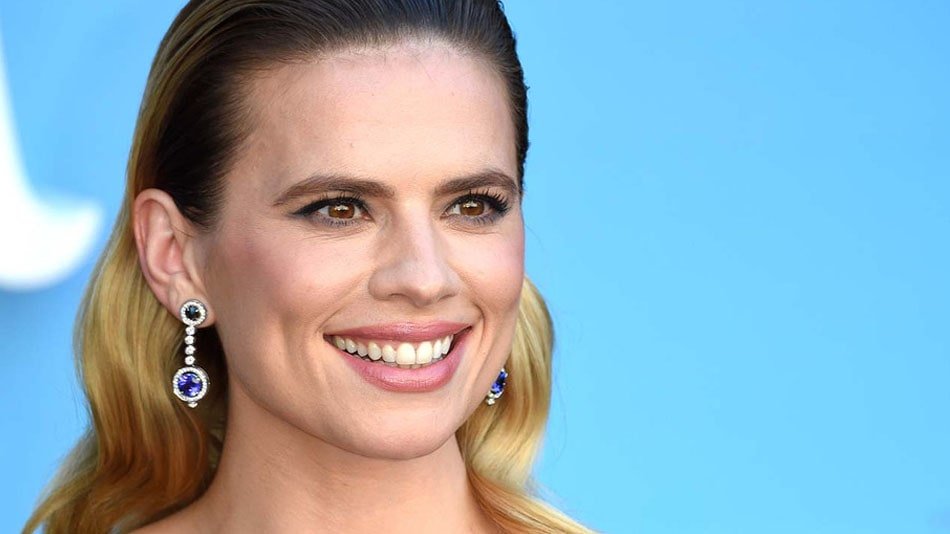 Hayley Elizabeth Atwell (born 5th April 1982) is a British actress. She was born and raised in London but also has dual citizenship of the UK as well as the US. She was named after actress Hayley Mills as an only child. Her parents, Alison and Grant, are both motivational speakers who met at a London workshop. She studied acting at the Guildhall School of Music and Drama and had her debut on stage in the play Prometheus Bound in 2005. Hayley Atwell was nominated for Best Supporting Actress for a British Independent Film Award and also for the Golden Globe Award for Best Actress – Miniseries or Television Film.

Hayley was born and raised in London, England. She is of Native American and British descent. Hayley grew up an only child in her family and her parents were separated when she was only 2 years old. After that, she lived with her mother in the Ladbroke Grove area of West London while visiting her father during summers in the US. Her mother Alison Cain is English (with Irish ancestry) and while her father is American. Hayley’s mother introduced Hayley Atwell to the theatre at a very young age. She attended Sion-Manning Roman Catholic Girls’ School in London and took her A-levels at London Oratory School. She pursued a degree in acting at the Guildhall School of Music and Drama and graduated in 2005.

Hayley Atwell hasn’t been very interested in relationships from the start and is very determined about her career. She wants to keep on achieving more in life. Though, it is known that Atwell was in a relationship with writer Gabriel Bisset-Smith whom she met at college. They started a long-term relationship after being friends for 7 years. Their relationship ended in 2012. She has often expressed regret for not opening up more about their relationship. She is now reportedly singer and hasn’t been planning to get married anytime soon.

Atwell appeared in a Pringle’s ad after a few months of graduating from Guidhall. She then appeared in her first film Cassandra’s Dream which was directed by Woody Allen. She was cast in the film “The Duchess” in 2008 and also worked in “Brideshead Revisited”. She was initially criticized about her weight but then the filmmakers accepted her without a need to change her weight. Hayley Atwell is best known for her role as Agent Peggy Carter, the love interest of Captain America, in the Marvel Cinematic Universe and Marvel franchise. She reprised her role as Peggy Carter in the 2013 short film “Agent Carter”. She appeared in a live-action adaptation of “Cinderella” in 2015 and played the character Evelyn Robin in the live-action “Winnie the Pooh” film entitled “Christopher Robin”. Her latest project includes the three-part BBC adaptation of the novel “The Long Song” written by Andrea Levy.